I'm Back in the Game! 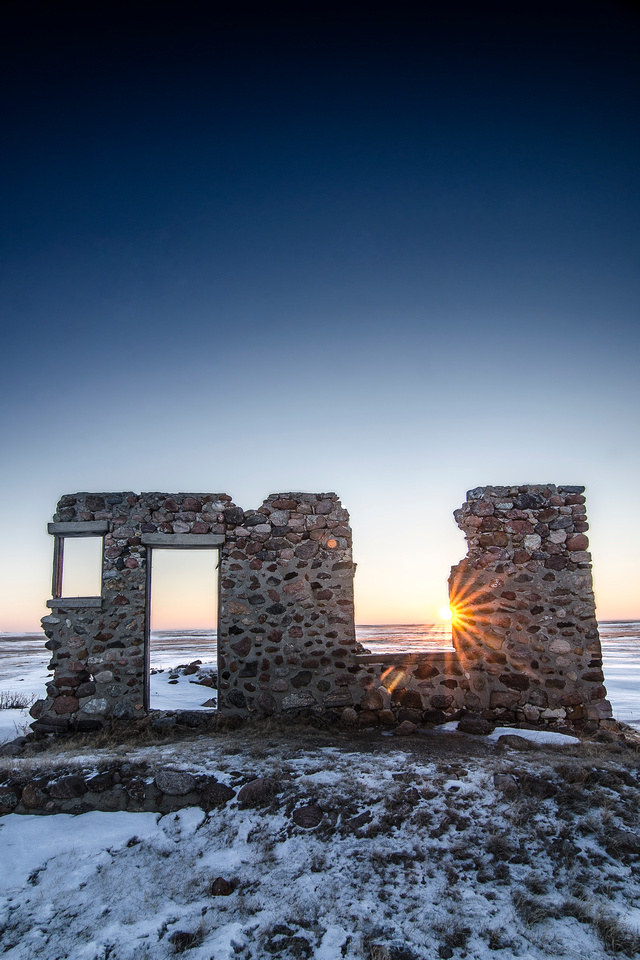 It's been close to two months since I was able to stand up while holding a camera viewfinder to my face without tipping over like a little teapot.  While I still have trouble with my balance, occasionally stumbling around and giving the impression that I pour vodka on my cornflakes in the morning, as of yesterday morning I'm back in the game!

The game being one that requires me to wake up at 2:45 am.  The game that pushes the limits of my gas tank on a gravel road somewhere South East of Calgary. The game that pits 42 cups of coffee against 1 bladder.

Why is it that I can drive around the middle of the prairies at 6 am on a Saturday morning and not see another soul for over an hour - but the second I stop to pee, someone drives by?

Ah yes, sunrise on the prairies.

Thanks to the magical powers of google, I had found a location near Cessford that I put on my to-shoot list this year.  I left the house around 4 am with a couple of highway numbers in my head- hoping that I could find the location in time for sunrise, but not expecting to be successful even finding it, let alone in time.

Somehow, the Google Gods had smiled on me, and I arrived promptly at 7:00 am, minutes before the sun was about to rise.  I put on a second pair of pants, my boots, snow pants, sweater, other sweater, jacket, toque, and gloves, grabbed my tripod and camera bag and walked 6 feet to a barbed wire fence.  Put down the tripod, the camera bag and then stared at the fence with the age old dilemma:  Over or Under.

I chose under and with my puffy un-bendable layers of clothing- managed to weasle my way through like I was Angelina Jolie dodging laser beams - except 300 pounds heavier and with the same grace as ....  Okay, fine, I looked like a flailing walrus but at least I made it through without any clothing casualties.

I set up the tripod just as a speck of sunlight peeked over the horizon and began quickly rising.  It didn't take long before I abandoned the tripod and spent the next 20 minutes capturing as many compositions as I could. Darting from one side of the ruins to the other chasing the sun through the window frames.

I had my 11-16mm lens on, and after I had grabbed the compositions I wanted, I thought about switching to a longer focal length to get some variety, but the sun rise happened so fast, I didn't dare take the split second to change lenses for fear of missing something important.  A perfect reason to go back another day.