I have been trying to get out while the weather is warm and knock as many items off my "To Shoot" list as I can this year. Everyone gets 24 hours in a day, sometimes I like to use up as many of those hours as I can to run around taking pictures.

We had friends from Vancouver staying at our place while they were in town to play Sled Island, I was looking forward to catching their set on Saturday night.  I had also been looking forward to a local band's farewell gig and album release on the same night.  With our guests planning to leave early Sunday morning, and some other friends wanting to meet up to go frolick in the water in the mountains somewhere, I devised a plan. 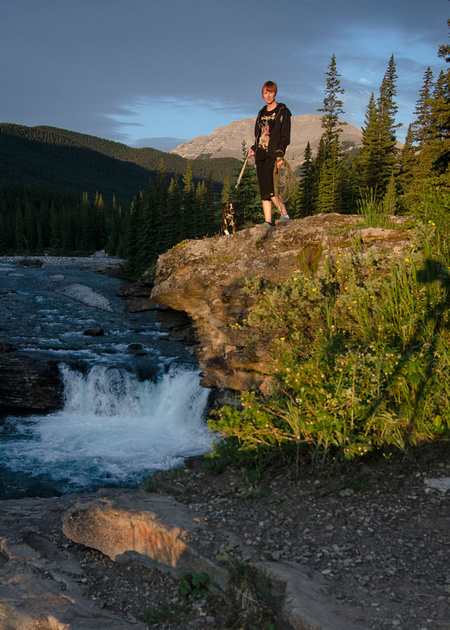 Exercising the dog with a series of 10 second timers.

I would catch both shows on Saturday night, say my good byes to our friends once they arrived at our house at the end of the night, drive out to the mountains, shoot the sunrise, nap in my truck for a few hours and then wake up once my other friends arrived to sit in the sun and play in the water all day.

It was a good plan.

It was an ambitious plan.

I am sunburned, I am (still) exhausted and I have a memory card full of new photos to share.

First plan of action was to see the relatively new band "Low Levels" (Vancouver) absolutely light the crowd up at the Palomino. I'm really looking forward to seeing them again, hopefully they'll have some recordings by then, and I know I'm not alone in that sentiment.

Immediately after their set, Mr. Bastard and I scurried over to Distortion to see Chakobsa play their final gig.  We managed to get there just as they took the stage. The heat absolutely radiated from the crowd at the front of the stage and I wasn't able to shoot photos for long before my eyes went blurry from the heat.  Kudos to the boys for being able to play a great set in that heat while standing underneath the stage lighting.

After the shows, I put the view of the city in my rear view mirror.  Creepy-dog had to share the passenger seat with a stockpile of coffee.  We managed to get to Sheep River Falls shortly before the sun rose and we scurried over to a viewpoint that I had chosen during a previous visit.    Creepy is an excellent pal to have along on road trips, but she's a terrible photography assistant.

She has 3 modes of operation when I'm trying to take a photo:

1. Pull on leash as hard as she can back towards the truck and crying incessantly

3. Wandering into the frame

Still, I was happy to finally get to see the sun rise over the falls and the distraction of having Creepy in tow made me work quickly. 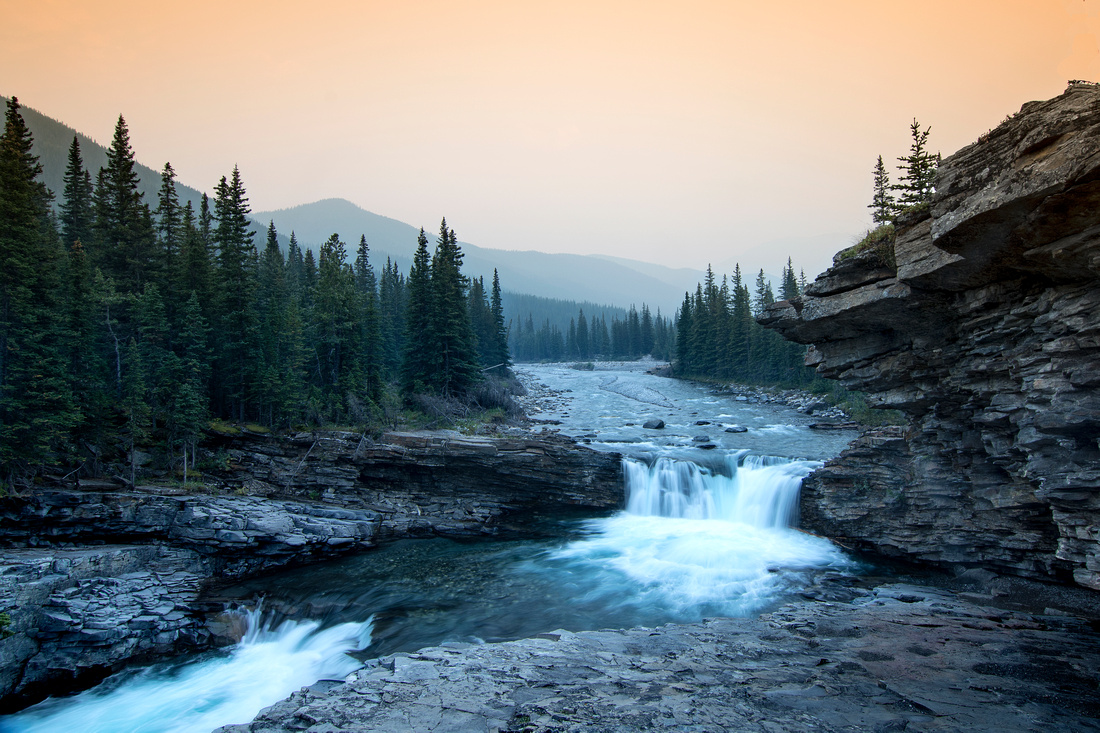 Once the sun was up, I wandered back to the truck and dozed off for about three hours.  First in the front seat until my legs went numb, and then in the back seat until it was too hot to stay in the vehicle any longer.  My friends showed up and I happily played in the water all afternoon, skipping rocks and lounging until it was time to finally go home and go to bed.  A fine way to cram a weekend's worth of fun into a single day. 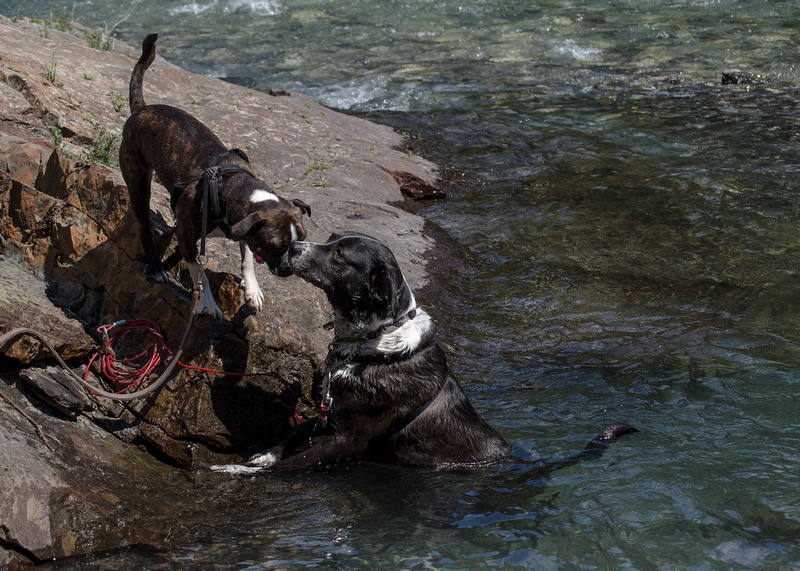