The ringing of my two alarm clocks went unnoticed for over half an hour, but at 2:41 am, the sound of thunder and rain slamming against the house brought my heavy but brief sleep to an end.  I leapt out of bed, hoping to trick myself into action before I could fully realize how stupid waking up before 3 am and leaving the house in the middle of an electrical storm was. Fortunately, I’m a bit slow in the brain department at that time of day, and before I could protest, I found myself on the highway though I was still 30 minutes behind schedule.

What is quickly becoming a Canada Day tradition, I was on my way to Moraine Lake.  A 2.5 hour drive from the city and with sunrise at its unapologetically punctual 5:30 am time slot, there was no time to even grab breakfast or stop for a bathroom break. 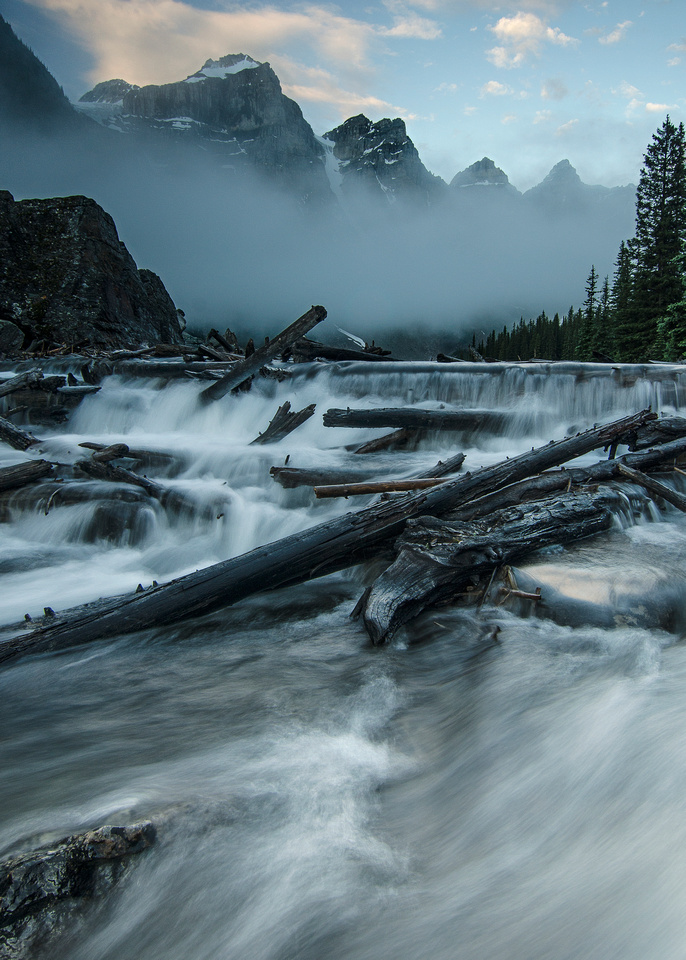 Moraine out of the Mist

When I’m driving,  my eyes are on high alert for interesting photos and that morning, I passed by a number of fantastic opportunities.  A small pond glowing pale orange with light pollution from the city and reflecting flashes of lightning on the outskirts of Calgary. Outside Banff, the popular Vermillion Lakes and Cascade Ponds showed real promise of the kind of sunrise and cloud movement I’ve desperately tried but never managed to capture for myself.  With no time to spare I pressed on, opting to stray away from a sure thing in the hopes that something better was around the corner.

With a particular photo in mind, but absolutely zero idea how or where it could be achieved, I pulled into the Moraine Lake parking lot and sprinted up the trail. I was relieved to see that a suitable position for my camera was much closer than I thought and I gingerly hopped along boulders until I found a perch in the middle of a creek.  Perhaps it was the combination of adrenaline and coffee that had my legs shaking violently that morning, making the entire process of setting up my camera difficult but I used my extended tripod for support and reached a place to sit down without getting anything important soaked. I must have been a little bit too lucky on the approach considering my track record of dunking myself and other important gear into glacial streams, at one point, I removed the towel which had been keeping my camera relatively dry from the spray of the creek to find that my filter holder and graduated filter had been sacrificed to the camera gods by way of the water (or littering in a National Park if you choose to look at it that way).  With the water induced sacrifice out of the way, all was right in the world and the sun began it's journey around the globe. 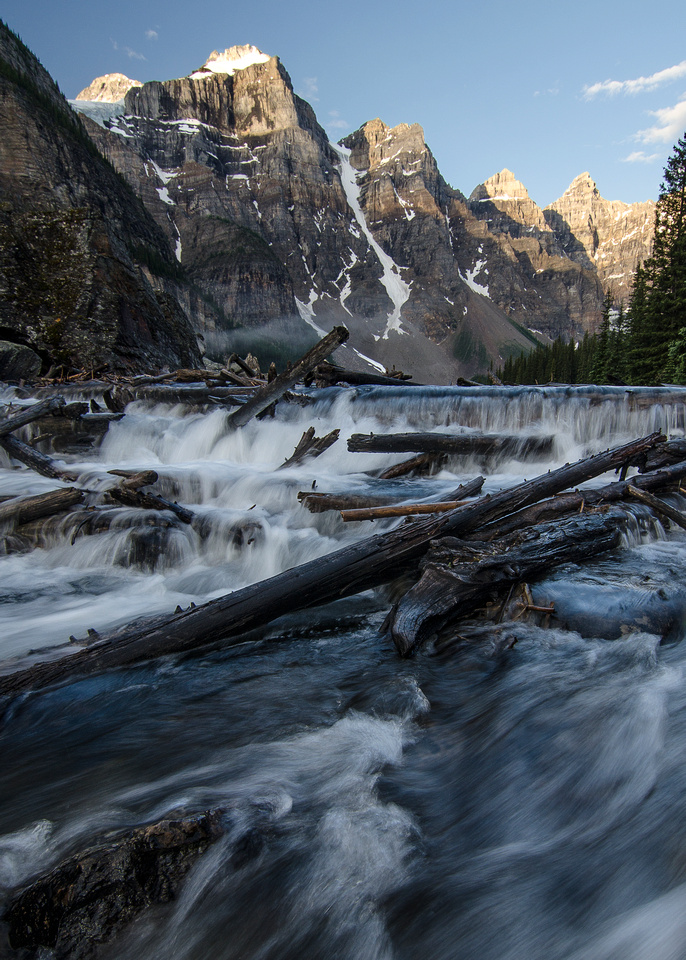 The clouds rolled in and out of the valley of the ten peaks at a surprising speed and I snapped away but as the sun peeked above the horizon and lit up the rock wall before me, the clouds gave way to a brilliant blue sky. The difference in photos seem like they should be taken days apart, but they are only separated by minutes. I glanced upwards and noticed a gaggle of photographers had clambered on to the famed rock pile and I silently thanked them for sticking to convention and letting me have a nice solitary albeit somewhat damp place to work far below them. 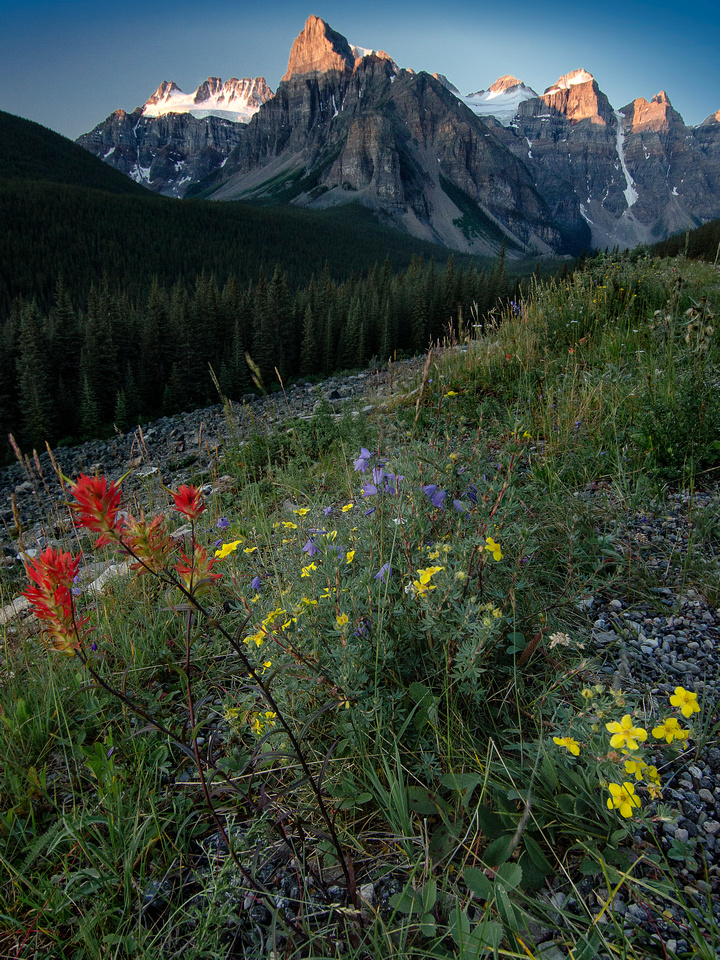 Later in the morning, I clambered up a hill some distance from the lake in search of wildflowers and upon finding a beautiful scene, I damned myself for not being able to be two places at once while the sun rose.  Perhaps next time I won't wait an entire year before returning.