I'm back with my serious tips for Landscape photography, brought to you by serious Llisa. So serious.

I’m a big fan of being safe and it all boils down to having an understanding of where you’re shooting, recognizing the potential dangers and not being so intent on getting the shot that you risk your own personal safety. That pretty much sums it up, if a situation makes your spidey senses start to tingle, it might be a good move to remove yourself from that situation.

Since January, when I started struggling with my balance, I have found myself turning away a little more often from things that normally wouldn't bother me.  I have also found myself singing "I'm a little teapot, tip me over and pour me out" on a loop, but I won't sing it for you here, I wouldn't want it to get stuck in your head too.  Now when I'm on my own, I have to stick to places with nice wide paths and little exposure in case I tip over sideways.  I might be able to get into a location okay, but if there's a chance I can't make it out again, I tend to err on the side of caution and find a less risky alternative. 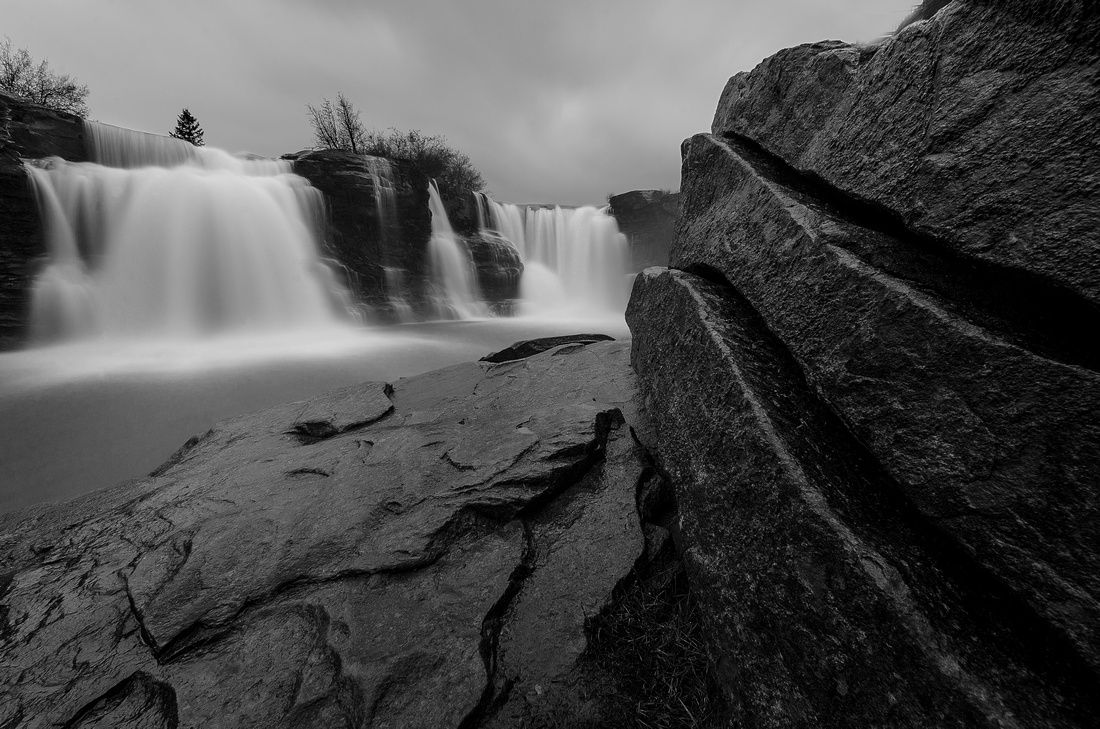 Wedged in between two rocks, three points of contact with the ground, I wasn't exactly comfortable, but I also wasn't in danger of going anywhere either!

Similarly, my eyes are often on the ground watching for signs of bears or other large predators, being aware of your surroundings is never a bad idea. 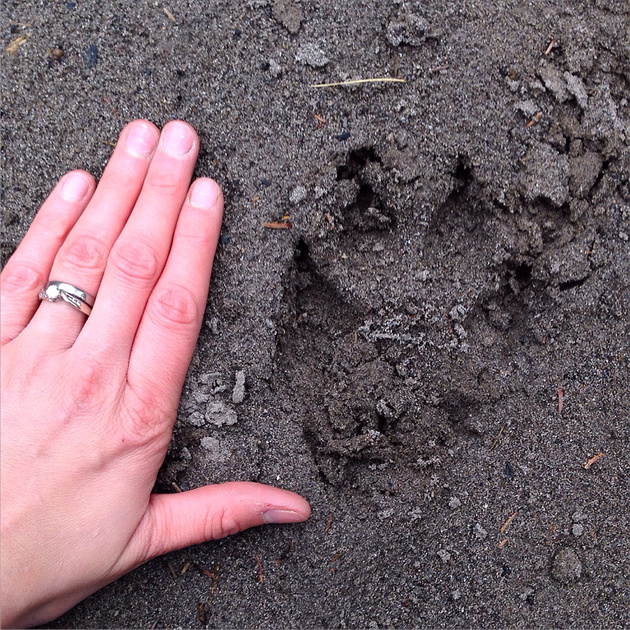 I took this as my cue to leave.

I wasn't sure what animal left this print, it looks like dog (a really really big dog).  But with absolutely nobody in the area, I took this as my cue to leave. 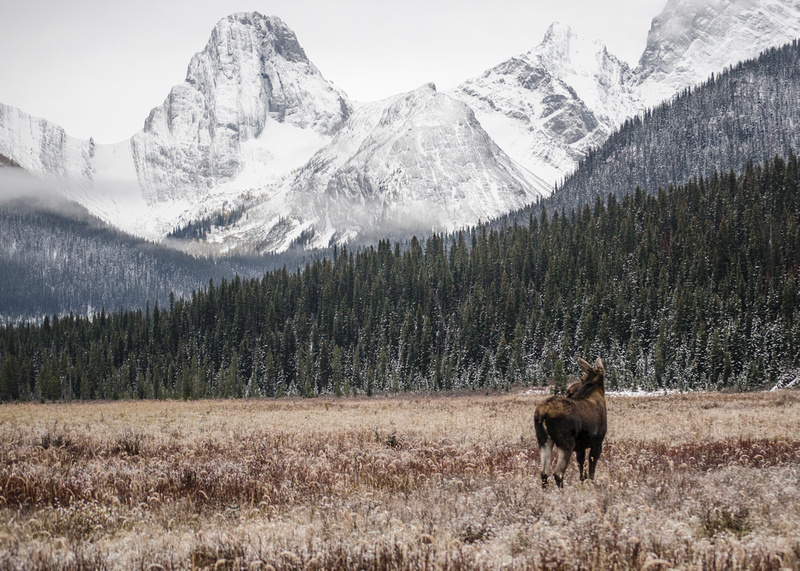 And in a rare but suitable double post since it's along the same lines as safety.
Be Prepared

I’m not talking about remembering to pack your circular polarizing filter either.  I’m often surprised at the number of people who try to convince me that it’s best not to leave the house and venture out into the world, especially in the winter.  Not leaving the house is a really good way to miss out on perfectly good photographic opportunities.   Perhaps my confidence lies in the gear I have stashed in my truck or backpack.  I have a fairly extensive pile of things that I have included in my “Adventure Box” which is a pre-packed Tupperware that I throw in the back of my truck with enough little doodads,  knick-nacks and snacky snacks to help get me through or out of a number of unpleasant situations when I'm on the road.

Hey Llisa, what's in the box?

It's especially useful for winter driving when the amount of people out driving lonely mountain roads drops.

Being self sufficient can give you the confidence you need to actually get out there and make photos.