I had planned to be about 4 km into the woods by the time I opened my eyes Wednesday morning but the pink glow in the sky that greeted me as I looked out the window confirmed my suspicions. I had slept in. It was no surprise really, despite 13 months without one, somehow my idea of “vacation” meant waking up earlier than if I had to go to work. 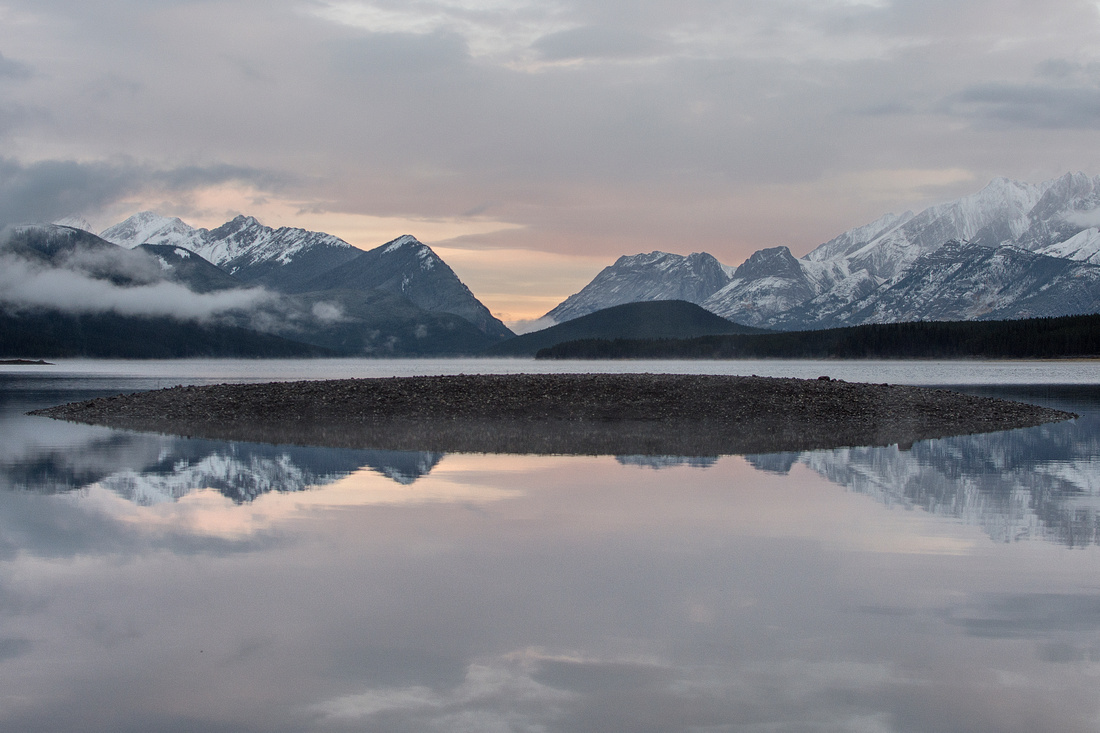 Out on an Island

Still, if I was going to miss my alarm clock anywhere, I couldn't have picked a better place to do it.  Despite choosing the campground well in advance, and being fairly familiar with the area, the view out my window caught me off guard and was a strong motivation to get my feet out from under the cozy blankets and on to the freezing cold ground.  My breath turned white and curled in the air as I changed out of my pajamas, grabbed my disorganized bags and scampered the 60 feet or so to the lake shore.  The camera equipment, miscellaneous items and my trusty can of bear spray haphazardly strewn across the rocky beach, I scooted around with both camera bodies churning out compositions. My head going a million miles a minute, trying to take in the view with the cameras and do the scene before me justice, while reminding myself to put the damn things down and enjoy the moment for myself (in between frames at least).

My approach to photographing a scene, especially one I haven't planned for, is typically done in the same frantic manner I encounter while trying to leave the house: No matter how many times I tell myself to slow down, I end up losing the car keys 37 times, wearing two different pairs of shoes and somehow still leaving the house without pants. I do envy those photographers who can approach a scene with a calm, cool finesse, take a pretty picture and still manage to emerge from the event with some semblance of dignity.  Then again, if I had any dignity left at the end of a good morning photo session in the mountains, I'd have nothing to talk about here, so I'll move on.

After about an hour the colour in the sky subsided, the mist lifted off the lake and the sun covered the mountains entirely in a static wash of light.  With the sun fully up I began  the long process of packing and went to retrieve my cameras set up along the shore when all of a sudden a haunting, peculiar sound began emanating from the forest. Wind chimes.

GRIZZLY BEAR! I immediately thought, and scanned the forest for the furred, jingly intruder while rushing over to where I had left the bear spray.  I began cramming precious cameras in my bag in order to save them from a toothy demise. When a ravenous, wind chiming bear did not appear, I realized that it was in fact Cows and Kitties that typically wear bells around their neck and not the Ursus arctos.

My mind turned, briefly, to rational thoughts and I strained to see if some eager camper was near by hanging chimes outside the tent to spruce the place up a bit, or summoning loved ones for a plate of campfire cooked bacon. Not a soul had stirred awake.

The sound persisted, louder now, faster as if a ghostly, wind chime bearing apparition was rushing back and forth through the trees. Ghosts.  Angry, twinkly sounding ghosts hidden in the shadows of the suddenly evil forest, waiting to strangle me with the long ropes of their stupid wind chimes, but no ghosts emerged from the forest either.

Maybe the sounds were in my head. Was this my official descent into madness? Would the wind chimes ever stop? Is that why no other campers were crawling out of their tents curious to know what could cause wind chimes to echo through the forest?

I began to cry.

With tears welling up in my eyes, snot welling up in my nose and my face slowly turning fifty shades of red I finished packing my bags, eager to rush the 60 feet back to my bed and crawl under the covers. I pulled my phone from out of my coat pocket to pack it away - 8 am it said, chiming in that it was time to wake up.  My alarm clock had been ringing. 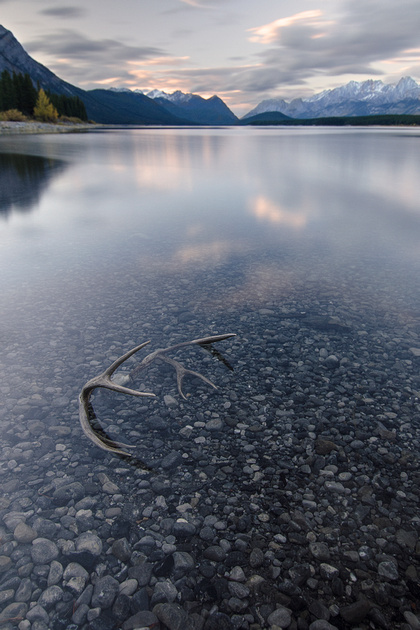