One of the ways I like to scout out locations for sunrise photos is Google maps, and I've had a pin set on Rawson Lake for years. The picturesque, mountain bound lake is situated at the bottom of a big rock wall with enough open space to the East to promise some excellent morning light. My absolute favourite kind of location.  So why did it take me so long to get there?

I've used every excuse in the book to mask the fact that ultimately, I was just scared to go there alone.
"There's been a Mama Grizzly bear in the area"
"I can't convince anyone to wake up at 2 am and go hiking with me"
"I slept in"
"The bridge is out"
"This other spot is guaranteed to be good, why risk the unknown?"
And most recently, "Is it really, truly, actually worth doing in a snowstorm?"

Not that I've ever let a snowstorm stop me in the past, but at least the excuse worked out in my favour.

Somewhat relieved, I gave up Plan A in favour for Plan B.
The continuation of the snowstorm at Plan B lead me to opt for Plan C. 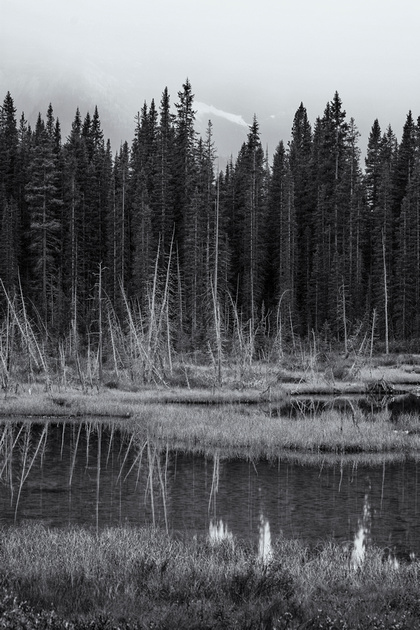 Plan C was abandoned after only a single photo when the potential of Plan D was realised.
Half a tank of gas later I arrived at the conveniently located roadside Spray Lake just before the sun arrived.
In the end, the choice was a good one and I watched as sunlight flirted with the wall of clouds I had left over an hour before. But it was as if I was being rewarded for my flakiness. 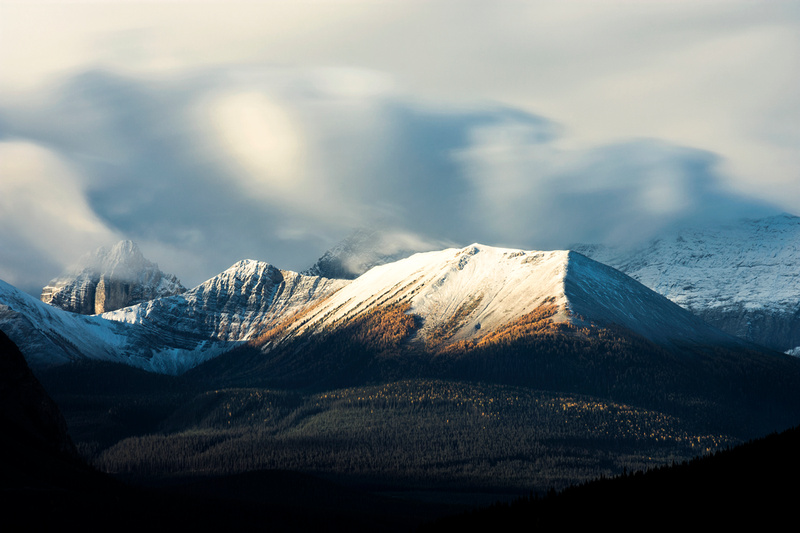 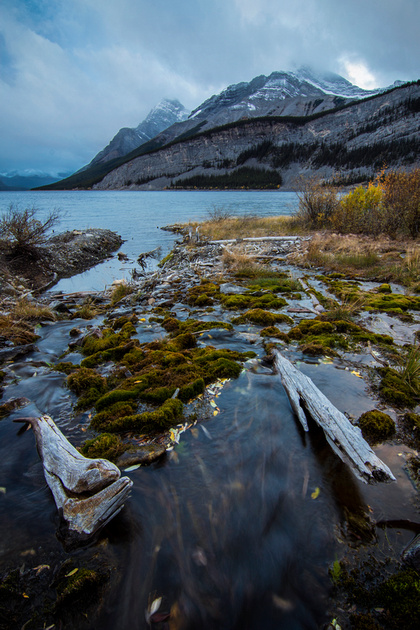 Still, I had been so close to finally seeing a sunrise at Rawson Lake that nothing else would suffice in its place.

It wasn't a week later that I found myself at the trailhead.

Determined not to make any more excuses.

The weather conditions were perfect, the bridge was in place, I had just enough time to make it to the lake before the sun and I supplemented two cans of bear spray in lieu of courage and hiking companions.

I set off into the woods, wielding camera lenses and yelling my battle cry of "boats! Boats! BOATS!" into the darkness.  Steadily I climbed, not daring to take a rest lest my fortitude relied on inertia.  The promise of light tumbling down the sheer rock face kept me moving until the mountain appeared through a break in the trees and I froze in place, breathless.  A hint of dawn illuminated the cliff in front of me, it's imposing beauty doubled by the calm reflective waters of the lake. High up a dusting of snow and clouds swirled  in an ethereal dance and for a moment I forgot every problem, every excuse and every fear I had. 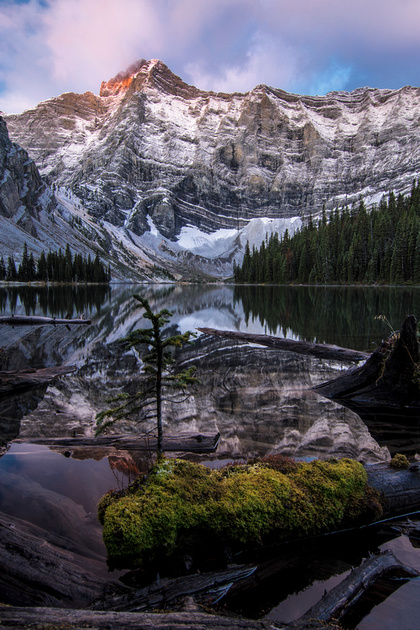 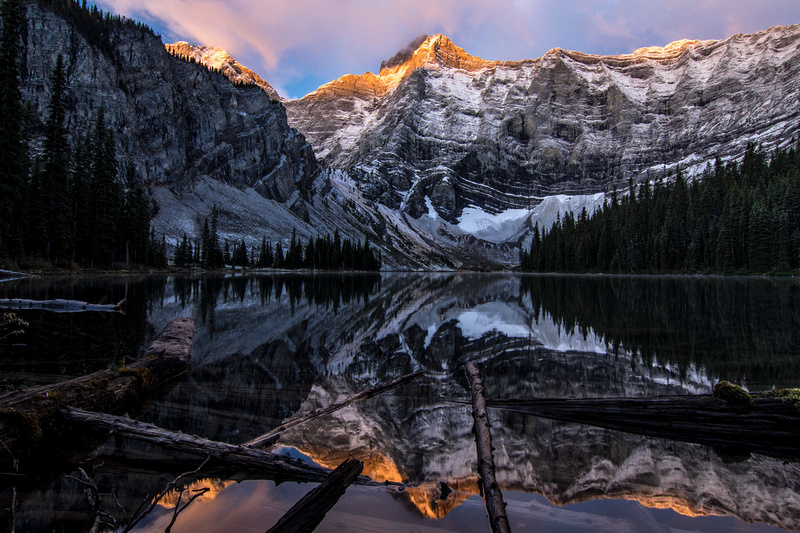