I can't even count the number of times I've seen the movie Twister. You know the one, that mid 90's gem starring Helen Hunt, Bill Paxton and their convoy of scientists and weather junkies chasing storms across the country. There's rivalry, there's romance, there's convoys (I love convoys) and best of all there's danger and excitement in the form of twisters!  If that hasn't got you hooked, there's flying cows. Who doesn't love flying cows?

So every summer when the weather starts churning out storm after storm, I sit at my desk in my office all afternoon, watching the storms blip across the radar on all three of my favourite weather websites.  Having found myself with no desk to sit at on Monday afternoon, and with Environment Canada issuing strong weather warnings across Southern Alberta, I decided to take a little drive to see what I could see.

I didn't make it very far.

I didn't even make it out of the city.

Something stopped me dead in my tracks.

It wasn't a twister, it wasn't even a storm, it was four nice old trees in a field blooming with canola. The very antithesis of excitement, unless you're a photographer. 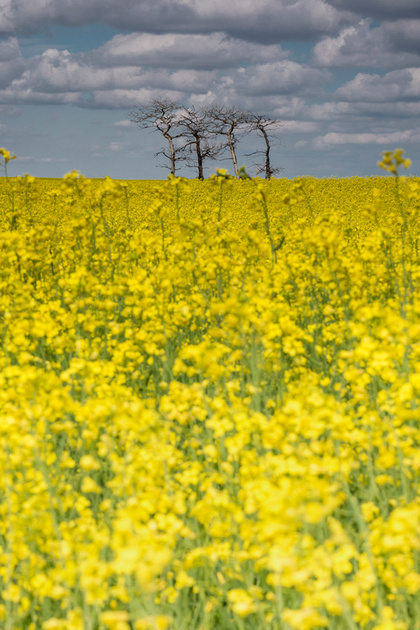 I waded through the thistle lined ditch in my flip flops and snapped a few pictures.  Not bad, but they could be better. I noted the location and figured the trees would look pretty nice at sunrise with a good chance that I could even line up the sun perfectly in between them.

Having quickly abandoned the notion of becoming a bonafide storm chaser, I returned home and moments later the storm hit our house. Rain. Hail. Lightening. Thunder. Flash flooding across the city! I watched the storm, darting between windows, but didn't venture outside.

With all the day's excitement, I didn't sleep a wink and when the alarm rang at 4:30 am, I was happy to finally get up for the day and make my way to the trees again.

A pair of deer called to each other in the brush a hundred metres to my left.  Another few deer barely visible through the tall canola grazed lazily a few hundred metres to my right. Birds darted through the sky in the distance. A raven parked itself on the fence post next to my truck, observing me with curiosity and cawing out the occasional story. 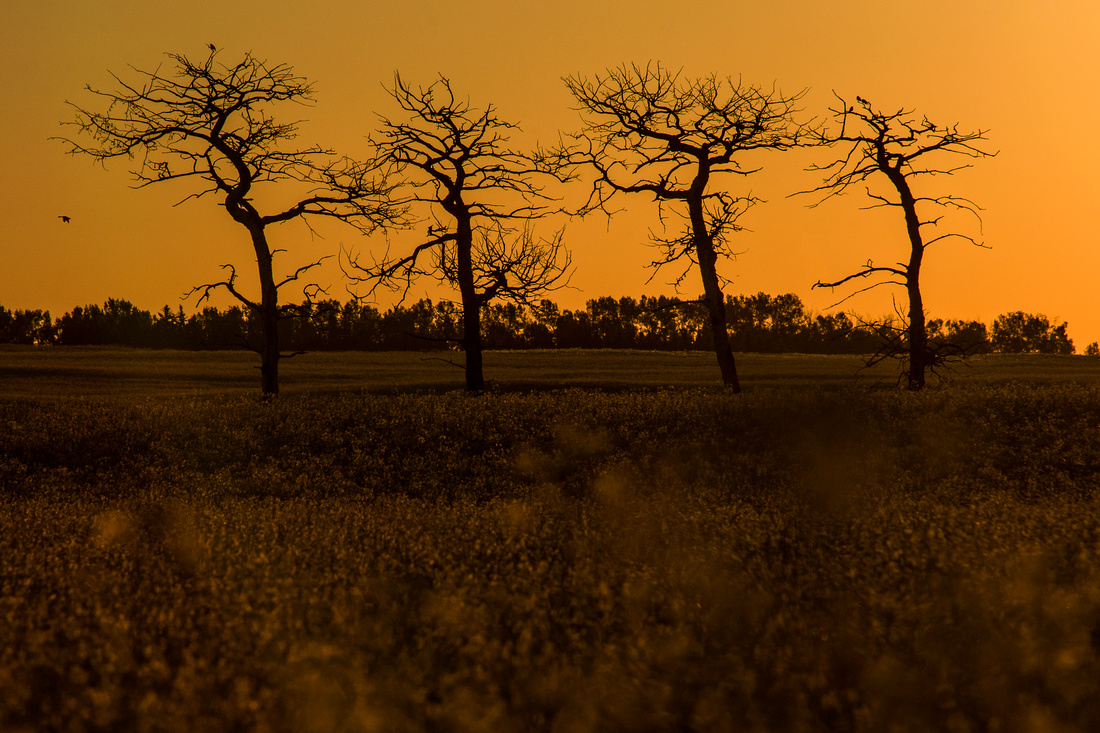 Only hours before, the city sounds had been overpowered by nature's fury but now they were silenced with nature's serenity. When the sun arrived, I was ready with my camera for a different kind of chase.