Mr. Bastard claims it was misinformation and flat out lying on my part.

I merely mentioned it was approximately 3.5km to Lake Agnes, and that to get up the Big Beehive was an additional thirty minutes. I may have also said something along the lines of "just because the sun is going down, doesn't mean we'll be hiking in the dark". Technically that was all true. 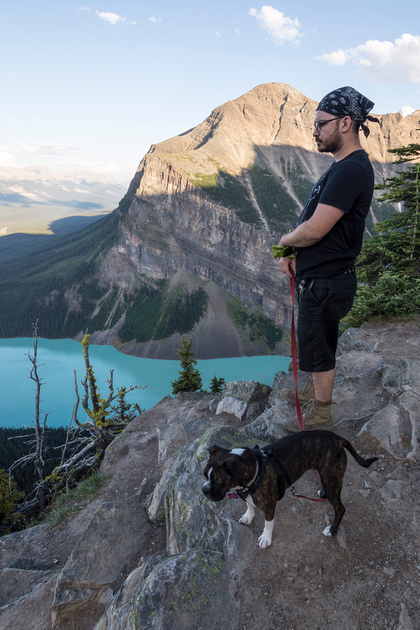 I may have left out some pertinent information for Mr. Bastard though.  Things like the distance to Lake Agnes mentioned was only one way, that extra thirty minutes tacked on to the Beehive portion of the trip didn't actually account for exploration time or getting home again.  Also, despite the sun visibly ducking behind a mountain in front of our eyes, the sunset was closer to 10 pm, though that intel may or may not have have been from a few months ago during the summer solstice. Still, it was light enough to hike without flashlights by the time we were headed home, barely. 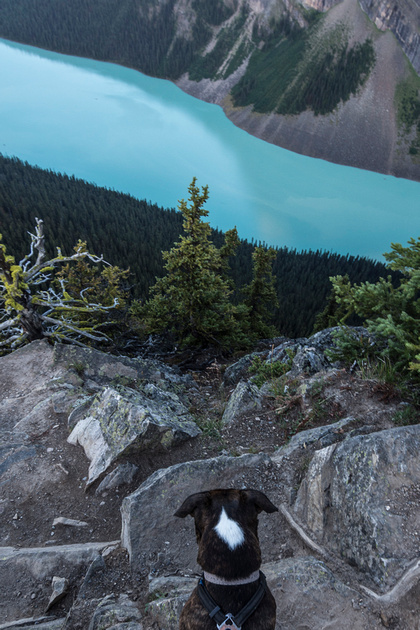 I'd been wanting Mr. Bastard to see Lake Agnes for himself for months now, and we had planned to do some hiking on Friday afternoon anyway. It seemed like the perfect opportunity as long as we could get the timing just right and somehow I'd actually convinced Mr. Bastard to opt for an evening jaunt to Lake Louise instead of going to a "very fishable lake" in the much closer and quieter Kananaskis area. You see Lake Louise in the throes of summer is a hell hole for the people like us, who prefer to avoid crowds of people and line ups at all costs. The lake is beautiful, yes, but the beauty is usually accompanied by clenched jaws and a murderous gleam in our eyes as we circle the parking lot in search of a space and then wade through the sea of people around the lake shore.  If you're like us, you usually avoid the area and go elsewhere, but you might be surprised to learn that it's actually not so bad at Lake Louise in the summer if you arrive at off peak times (shhh, don't tell anyone). For me, that time is usually around 3 am so I can be half way up the mountain by the time the sun rises and the tour buses start rolling in, but this particular day we arrived a little after suppertime. The lake in front of the famed Fairmount hotel was still fairly crowded, but we can usually gain extra solitude points with a determined and deranged look on our faces. We've really mastered the look, although our entirely black outfits with skulls on them probably helps in clearing a path - pro tip: it's also extremely useful in shopping malls around December.  Once we made our way through the selfie stick wielding hordes and ventured into the forest, all was quiet.

Once at Lake Agnes we made ourselves a bite to eat and a cup of coffee while Creepy-dog attempted to chase squirrels, her leash wiping out a cup of coffee in the process.  I took off my shoes and splashed around in the lake for a few minutes in order to take a single photo.  It helps to justify carrying the extra weight of my camera all the way there, even though I tell myself it's good exercise whether I take the camera out or not. When we were finished our dinner and evening cup of coffee, we continued our way around the lake and over the Beehive for a few minutes (and a few more photos) before finally heading home. 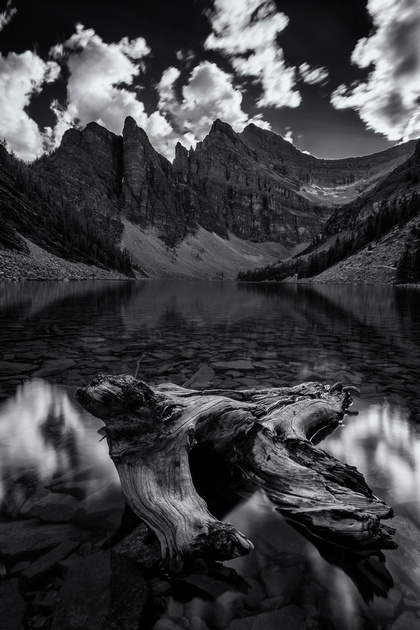 It was a beautiful way to spend an evening.  The weather managed to save some sunshine for us and the views were spectacular. In fact, the hike may have been so enjoyable that I think Mr. Bastard has even forgiven me for misleading him, though he vanished along with his fishing rod the next day. I'm guessing it was a precautionary fishing trip in case I tried to trick him into another 11 km hike. 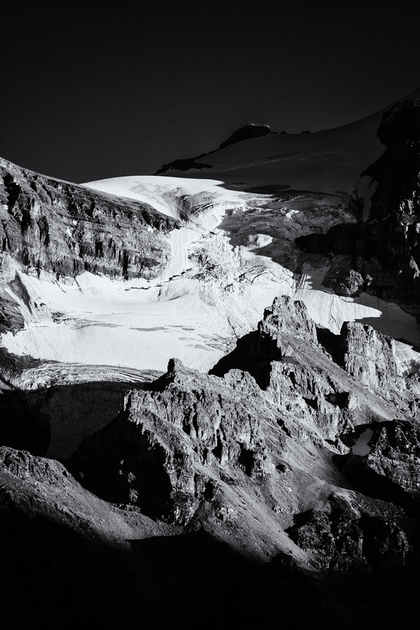 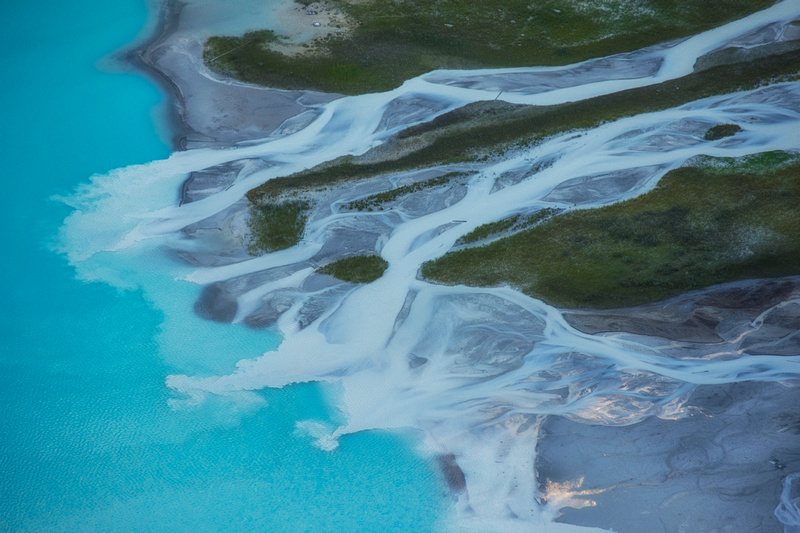