When I pointed the jeep toward the mountains after work, I didn't expect the biggest adventure would take place miles away from the hike I had planned.  With Creepy dog quickly bored of the passing scenery and settled into her bed, and a mass of camera gear, hiking boots and a comically oversized back pack occupying the entire back seat, we throttled toward the trail head. But first - I needed to eat some dinner, and not just anything would do. I wanted a burger. Something that would fuel me for the hike ahead but would be fast to pick up and eat. I would sooner starve than miss out on some good light.

In my haste to beat rush hour traffic however, I had chosen a route void of fast food options. As I ventured out of city limits, the burger options dwindled, and soon became mere cows dotting the landscape. I pointed the cows out to Creepy and she immediately jolted out of her slumber and stared in the opposite direction I was pointing. Creepy loves cows. 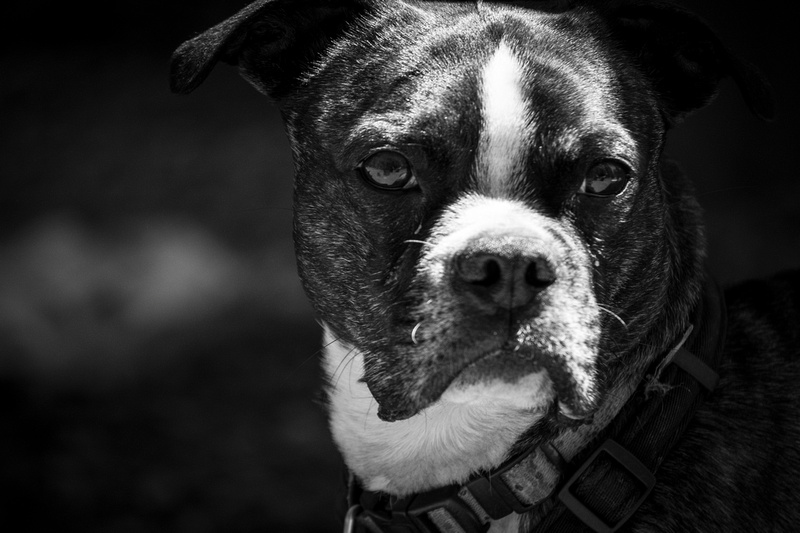 I wasn't worried about the lack of fast food options though, I was approaching a cluster of small towns located in some of the finest farming and ranching areas in the province, surely, I would be able to find a burger. And I did.

I walked up to the trailer window to look at the menu while Creepy dog sniffed around the patio for leftovers. My first thought probably should have been "Why am I the only one here during dinner time?" or "The granola bars I packed will probably be good enough" or even a simple "Food poisoning is bad for you" but instead I went with "Oh! Well that sounds good!"

I placed my order and watched as the cook slapped a great deal of meat onto the grill. This wasn't going to be as fast as I thought it would be, and I took Creepy dog for a walk around the block. When I returned, there was a parcel waiting for me on the counter. I peeked inside and discovered it was my dinner. I decided I would dig in once I was on the highway again to save time, and loaded the parcel into the jeep.  Once in the drivers side again, I noticed the burger occupied a great deal of the dashboard space and created a slight blind spot.  I did my best to keep my eyes on the road ahead while Creepy kept close watch over the burger.

Back at cruising speed again, I retrieved the parcel from the dashboard and peeled the packaging slightly in order to contain the burger . I attempted a bite and came out with a mouthful of lettuce, paper and regret. I had greatly underestimated my road food capabilities. The burger was placed back on the dashboard and I began a 67 kilometre decision making process.

Do I pull over and just eat?
It's too hot out, I'd need to find somewhere shady to park.
I've been driving for an hour now, how can it be the middle of the prairie still? How long until I find the next trees?
I could go until the trail head, there's trees there, it will be cooler in the mountains too.
No, can't do that, the burger will be cold by then.
What if I just tried to drive and eat, but ... just ... do it better this time? 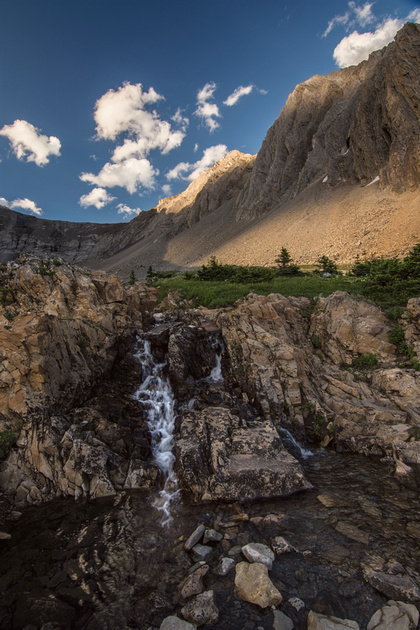 The burger was retrieved from it's perch on the dashboard, and another bite attempted. This time, I emerged victorious with a mouthful of food, but there was a problem.  I had damaged the structural integrity of the burger, and it was now losing sauce. The packaging was reaching critical sogginess. I had no choice. I pulled over to the side of the road to tackle the burger with everything I had.

In the sweltering heat, I visually inspected the burger.  It was a mass of bun, meat, other meat, and a pile of vegetables. I opened my mouth as practice, I wasn't entirely confident the burger would fit.  I rotated the burger 12 degrees clockwise and opened my mouth again.  It just didn't seem like it would be physically possible to get a bite with a good bun -fixin's- burger ratio without causing myself physical harm. I longed for a table, a plate a knife and fork and maybe a cheerleader or two for moral support.  As I studied the burger and packaging, deciding on the best course of action, Creepy dog stared intently at me from her seat next to mine. Creepy loves cows.

Finally, I threw caution to the wind and took as big of a bite as my jaw would allow.  Immediately, the burger exploded within the confines of the parcel, and the sauce made it's way through the bottom of the packaging and onto my lap. I placed a napkin on my lap to catch the drips, but the sauce soon began creating a precarious jalapeno flavoured time bomb in my crotch.  I panicked.  One hand punched the burger out the open driver's side window, sauce dripping  down my arm and into my armpit.  In the other hand,  I scooped the napkin up and flung the sauce out the window, dripping it down the side of the jeep. There is a slight chance the sauce permanently discoloured the driver side door paint of the jeep, my armpits, however, survived unscathed.

This was messier than expected.

I stretched my body up against the steering wheel and strained to reach my face out the window to match my dinner laden fist. I tried to take a bite, my upper torso leaning out the driver's side window but I was just too short  to make it work. Defeated, I slumped back in to the driver's seat, my left hand slowly became saturated with sauce as it held my dinner just out of my reach.  When the flies  began to buzz around, I shook my hand to drive them away and lettuce flew out of the burger. A fly, caught in the crossfire struggled on the windowsill, covered in combination of lettuce and sauce, much like I had done moments before.  I desperately looked around for a solution, there had to be a better way.

I spotted Creepy's portable hiking water dish, unfolded it and placed the dish daintily on to my lap, like the classy lady that I am.  I centred the burger over top the 3 inch diameter target, and rolled up the window to keep out the flies.  This burger had put up a good fight, but I don't lose fights to food. It was getting uncomfortably hot in the jeep, and I just wanted to get this ordeal over so we could get moving again. With Creepy on standby to pick up the pieces, I tore in to the burger and somehow wound up with an entire essay about it. 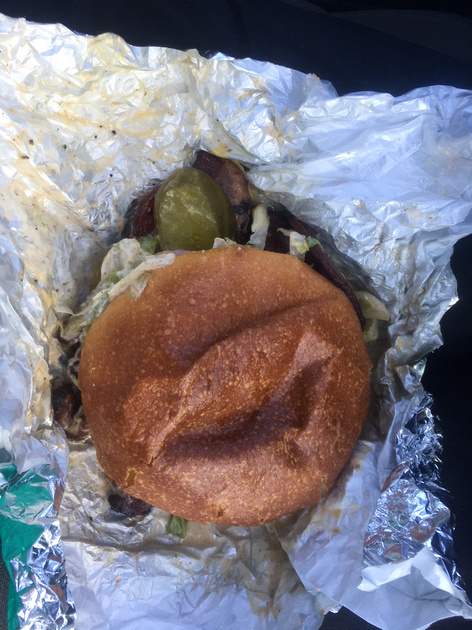 Proof of the size of the burger, you can barely see my legs! Okay, maybe the cell phone photo doesn't really do it justice, but the fact that I saved the photo after all these months should say enough.

I will spare you the most graphic details of the burger consumption, I'll just say that by the end, my sunglasses were so greasy, I was unable to clean them enough to drive safely. Fortunately, I had a spare pair along with me.  The greasy sunglasses may have explained the butter I found on my eyelid later, but what confuses me is that 3 hours passed by the time I noticed I'd been wandering around with a buttered eyelid.  To complete my burger ensemble, I found chunks of onion and lettuce on my left shoulder - I'm going to tell you that I don't know how that happened, but truthfully, I was probably trying to fan myself with the burger in an attempt to cool down. As I sat there, about to finish eating and move on, some fishermen appeared across the highway. The fishermen looked at me, and smiled pityingly as they climbed into their trucks and drove away. I still wonder how much they had witnessed.

Once I was sufficiently marinated in hamburger fixings, Creepy dog and I went for a solo sunset hike in the alpine.  That seems like that's where the adventure should begin, but I had already tackled the greatest challenge of the day and succeeded.  A solo walk into grizzly country would be a piece of cake. As delicious as I must have smelled, not even a raven disturbed the peaceful valley we hiked into. No passing cars or distant sirens, no ringing cell phones or chatter, not even the sound of a plane passing overhead. The only sound was from my boots steadily gaining distance on the trail, the water trickling down the valley from unknown sources and the wind whirling clouds above me. 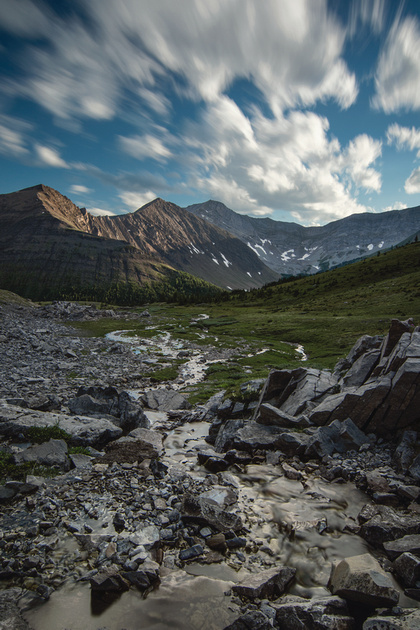 But that's not what's important here, the important thing is that I ate that entire burger without any help from anyone. I'll admit, it wasn't always pretty but a little recognition would have been nice, like a polaroid on the wall and a plaque with my name engraved on it next to the cash register. I don't ask for much.

Creepy and I scrambled up the creek for a better vantage point so I could watch the last light of day leave the mountains in the Elk Range.  With so much empty and beautiful space laid out in front of me, the sense of isolation left me feeling both utterly terrified yet completely elated. It was a strange and wonderful feeling. I felt full, and I don't think it was because of the burger. 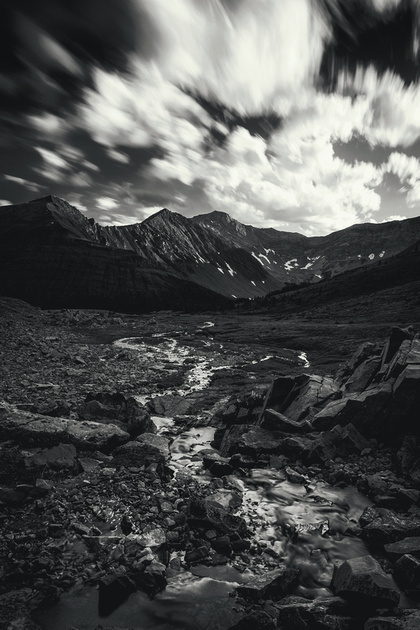