Solitude At Its Finest

Canada Day long weekend, in theory, one of very few times a year that we can camp comfortably.  It seems every other long weekend in Canada involves snow.  Not surprising then, that it was the weekend Mr. Bastard chose for his back country trek from Ribbon Lake to Lillian Lake in Kananaskis, a 30 kilometre adventure with one of his best friends.  I wasn't invited. Neither was the dog.

Mr. Bastard and our friend returned a few days later to tell their tale of hiking mountain passes through whiteout blizzards in a kilt, decommissioned trails, a depressing amount of rain, and a legendary (albeit hilarious) hangover. But they aren't the writer of this blog, so you will have to track them down in person for the story. Not wanting to feel left out of the fun, I chose a more glamorous way to spend a few days in the mountains, and parked our RV in a car accessible campground.  Moments after I had declared my camp to be set up, ominous clouds tumbled through the valley and it soon became apparent that my choice of accommodation would be the more comfortable way to spend the weekend.  It rained. A lot. 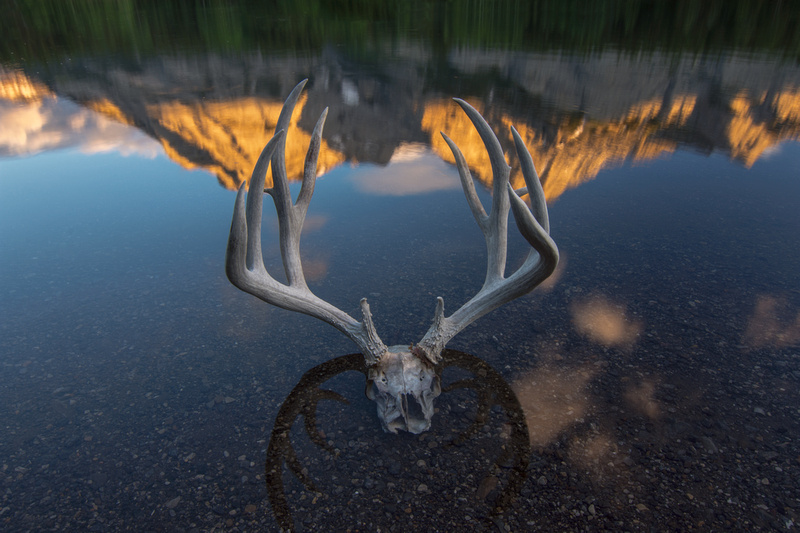 It rained enough to keep all but the most stubborn people out of the mountain playground. My kind of people.  The Kananaskis valley, normally crawling with recreationalists was eerily quiet on the most popular camping weekend of the year.  The majority of the people who opted to stay home didn't know what they were missing, to be entirely truthful I didn't know either, but with a 5 minute commute it was silly not to have a look.

The luxurious 4:30 am alarm clock brought me out of a dream, a nice change from the midnight alarm clocks as of late.  The sky was already light enough that I didn't have to struggle to find my matches to light the stove.  The sound of coffee percolating in the twilight was about the happiest noise I could hear as I readied myself for the day ahead.

Creepy dog, buried somewhere underneath a fleece blanket and two feather duvets, didn't even budge as I tip-toed out of our mobile abode. Despite the forecast, the sky was a brilliant, cloudless blue in the early morning light. I cursed the sky. I had been expecting dramatic clouds that follow a rain storm. I made my way to Wedge Pond, shouldered my camera bag and gave a meek call in to the forest. The call was met by silence.  I took a few steps away from my vehicle and called again, this time with force "GOOD MORNING!"  My call was met with singing birds and the chattering of squirrels.  I confidently strode down the path towards the water and gasped at my good fortune. Although the rain had ceased for a brief reprieve, the wildly popular location for sunrise photography was deserted, save for a few deer that quickly vacated the area. 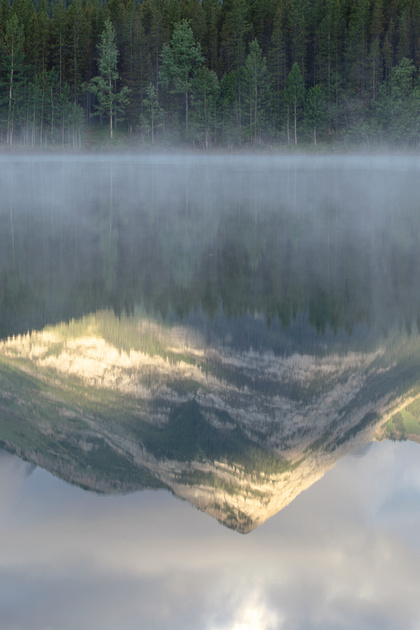 Mist rose from the water creating an enchanting atmosphere, and as luck would have it, some clouds had begun to form above the mountains. I dropped my camera bag and snapped a shot, light can be a fickle mistress and I daren't miss a shot for taking too long setting up a composition.

With a single frame already captured, I speed walked along the shoreline in search of a second shot. Within a hundred metres, I located the solitary piece of driftwood I had launched years ago and shuffled it into place. I had been photographing this log for years, it would be a shame to forego the tradition on a morning like this.  I scurried along the shoreline again to gather my things. It's amazing how much mess I had managed to make the moment I had a place to myself. It took a few trips up and down the shore to collect everything, but soon the coffee, camera bag, a few filters, tripod and camera were consolidated next to my foreground interest. 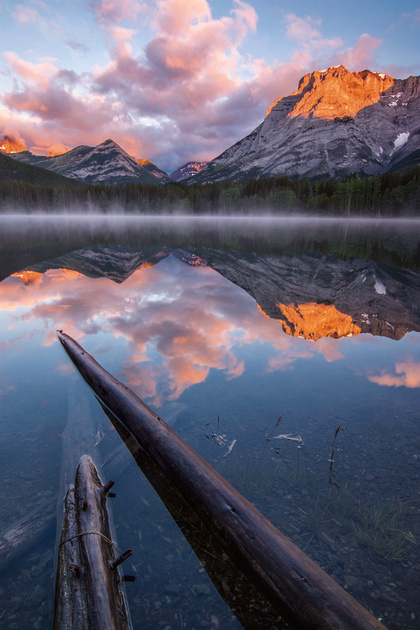 With driftwood and camera in place, I settled in with my coffee to watch the light dance with the clouds and flirt with the mountain faces. The stress of the week prior melted in to a sea of forest green and sunrise pink hues. The camera clicked, a few shots here and there and in between shutters I stood with jaw agape at the scene before me.  I silently crowned myself the title "Llisa the Ready, Grand Duchess of Stubbornness , Drinker of Coffee, Holder of Cameras" as I sipped my coffee and watched the mist rising in the dawn. So far the name hasn't caught on. I think it might be too short.

I always wonder what makes a photographer drag themselves in to the wilderness before dawn just to watch a sunrise. It is a wholly meditative experience to witness the play between atmosphere and light, an experience that one would think should be reserved for the spiritual or religious. Instead, Nikons are raised in salute to the sun, capturing a moment in time so peaceful that if we could convince the world to wake up early enough, perhaps we would live in a more harmonious society.  It's truly a shame more people don't make an effort to greet the day this way, still, I don't mind the solitude. 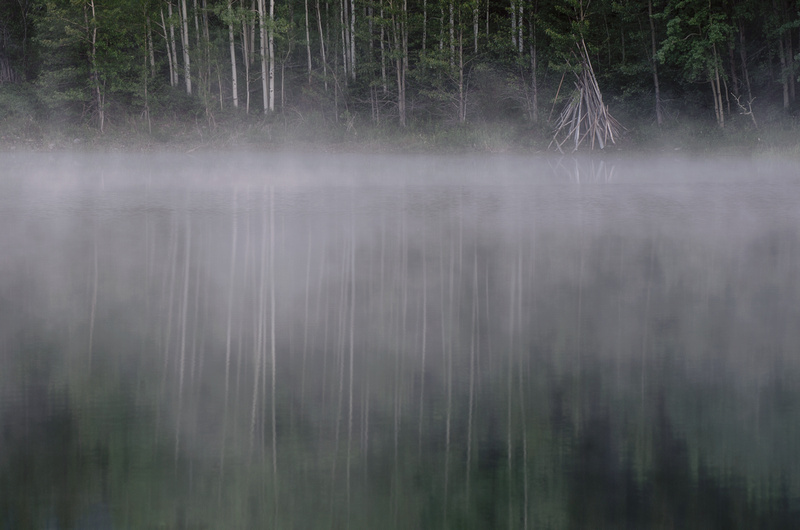